For over 20 years, Chef Vito Quarto of the Hotel Vannucci’s Ristorante Zafferano has been bringing good Umbrian cuisine to the table. From a young age, he has been passionate about cooking and the search for genuine products alongside his uncle Salvatore Quarto, his master, in a starred restaurant.

His life is in Città della Pieve and here he studies every day to bring Umbria to the table: fresh products, always sought after, genuine, creating unique dishes between tradition and innovation.

Unforgettable cooking lessons that Chef Vito dedicates to all customers who want to learn the art of Umbrian cuisine.

With the birth of the garden at the Hotel Vannucci, aromatic plants such as sage, rosemary, basil, chilli pepper, seasonal vegetables and saffron, are used at km 0 by the Chef for the creation of dishes. 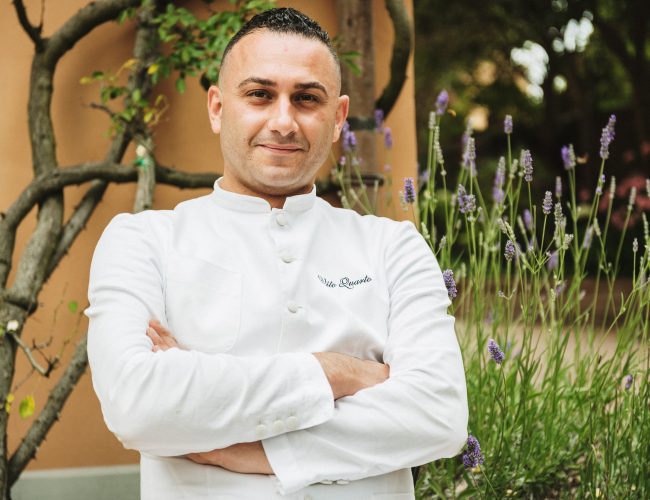