The Hotel Vannucci is the project of Vittoria Spinola, one of the daughters born from the relationship between King Vittorio Emanuele II and Rosa Vercellana, known as the “Bella Rosina”.

It seems that she was the King’s favourite daughter, and he showered her with caring attention. Vittoria had married Giacomo Filippo Spinola in 1868 and had three children: Rosa, Vittorio Emanuele and Oberto. When her husband died prematurely, the King urged Victoria to marry Giacomo Filippo’s brother, Luigi Domenico Spinola, who was already very old. The couple lived in Pisa in the Palazzo Medici-Spinola, situated on the Lungarno. Ferdinando De Simone, the Pisan intendant of the Royal House, went to the palace to hand over the royal cheque to Victoria. Often the official brought with him one of his sons, Paolo, a handsome young man. Victoria fell in love at first sight: she left her husband and fled with her lover and children. In 1887 Vittoria, along with Paolo, arrived in Città della Pieve, where Bonelli bought the estate of Salci, a small Umbrian village, from the dukes. In Salci Vittoria and Paolo launched new projects: a pasta factory, greenhouses for the production of citrus fruits and exotic plants, and breeding of pure blood horses. Vittoria also devoted herself to the manufacture of candles and soaps.

Later, Paolo became Mayor of Città della Pieve. In 1896, due to debts, Vittoria sold Salci and other properties and from that moment on she dedicated herself to her great project. In 1897 Vittoria Spinola bought from her son Oberto a small house with a vegetable garden located outside Porta San Francesco. Thus began the project “Vannucci Gardens” which consisted of the construction of two villas connected by a kiosk, greenhouses and garden to accommodate wealthy Roman holidaymakers.

Construction continued until the early 1900s. The two villas were called Vitta and Mirafiori.

Mirafiori derives from the noble title that King Vittorio Emanuele II granted to Rosa and that she passed on to her children. In 1900 Vittoria left Città della Pieve with her partner Paolo De Simone and went to live in Rome. She left her property to his sons and gave Villa Mirafiori to her daughter Rosa, who had married Roberto De Simone, Paolo’s brother. 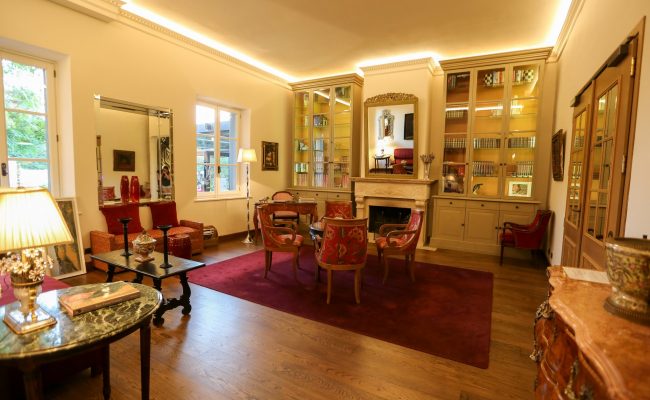 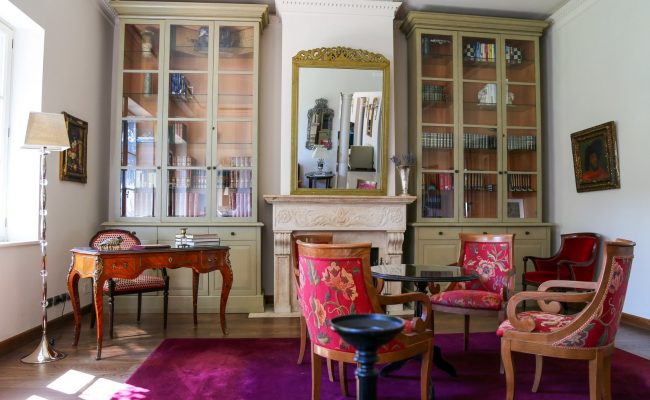 In 1903 Roberto and Rosa inaugurated the Hotel Vannucci. Between 1907 and 1908, Roberto also became Mayor of Città della Pieve and resigned shortly after, when Oberto, Vittoria’s son, won the contract for providing public lighting.
In 1914 Roberto and Rosa emigrated to Rome and in 1919 sold their properties, including Albergo Vannucci and Villa Vitta to Antonio Fè. Villa Vitta would later become the “Vittoria” variety cinema.
The management of the hotel changed several times. In 1925 the licence was granted to Poggiani Gemma di Nazzareno; in 1926 it passed to Panzanelli Anna, then to the Civil Society Saini-Santeroni-Bittarello, in 1927 the management was assigned to Carboni Pietro, who left it to Saini Luigi in 1928. Saini sold off the business on January 1, 1933. In 1934 the hotel was renovated under the direction of Manetti Mario and Martinelli Ester in Manetti of Rome. On 27 March 1934 the inauguration took place, with the presence of the city authorities.
Upon Mario’s death, the management passed to his daughter Nives, assisted by her husband Mario Capasso, until 1986, when the Ciculi family took over. In 2004, the property was transferred to Zoe Alison until 2018. In October 2018, the property was handed over to Mr. Roberto Enrico Wirth.