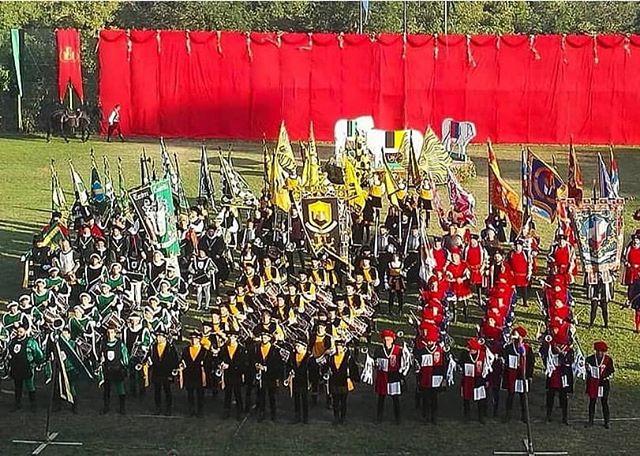 The Palio dei Terzieri of Città della Pieve is a historical re-enactment that has its roots in 1250.

Terzieri originate from the subdivision of the medieval city into three portions of land, the parts of the eagle are identified with the Terzieri, which in turn refer to three social classes: the head corresponds to the Terziere Castello or Class of Knights (Aristocracy), the belly, the Terziere Borgo Dentro (Bourgeoisie), and the wingtail the Terziere Casalino or Class of Pedestrians (Peasants).

Today the knights of the Palio dei Terzieri evoke the ancient hunt of the Bull, challenging themselves in the art of archery, striking silhouettes representing the breed of Chianini bulls fixed on moving platforms.

Every year in August, the tertieri return to compete in the Palio. In the city it is a big party, and every evening the Taverns are open and the main streets of the village are alive with fairs, art workshops, and celebrations.